Pallets: everything you need to know – and more! 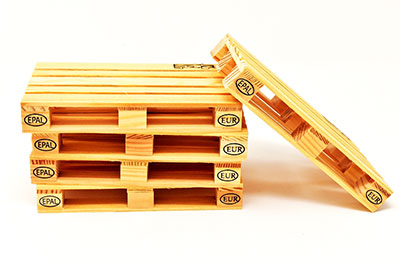 When it comes to pallets, there is more to them than meets the eye. Start delving beneath and you will find a myriad of terms and a whole range of sizes. With pallets, it is definitely not a case of one size fits all.

Here is our guide to pallets, which we hope will help you make an informed decision about which pallets are best suited to your products.

In truth, there really isn’t such a thing as a ‘standard’ pallet. One region’s ‘standard’ will not match another’s. So when you are asking for Standard pallets, you need to know what is ‘standard’ to the region you are purchasing from.

There are also various terms which are applied in the UK to different types of pallets. These include:

These differ in size to the UK Standard. Here, they are 1200mm x 800mm, so slightly smaller in width. As in the UK, there are a number of options available:

On a global scale, there are six pallet sizes available which carry the ISO certificate. If your goods are to be shipped all over the world, it may pay to select one of these six types of pallet, and so avoid having to switch to the local size once they reach their destination.

The six ISO approved pallets are:

Best of the rest

As well as the more common rectangular pallets, there is a range of square pallets, which in particular are used in North America.

You may also have heard of CP pallets, which again come in a number of sizes. These were developed for use by the chemical and construction industries. Unlike other pallets, the top boards are very closely spaced and are winged to both protect the blocks beneath and to enable shrink-wrapping. They come in nine sizes, CP1 – CP9.

Despite the huge variety of ‘standard’ pallets, you may still find you need something more bespoke, for your particular products. If this is the case, it is possible to have custom-made pallets.

Having got to grips with the terminology and sizing surrounding pallets, we would like to include a last word about pallet racking.

If you are planning to invest in a warehouse storage solution, it may be useful to understand the following commonly used terms:

Uprights: these are the vertical struts into which the pallet racking beams connect. Uprights come in differing heights and with differing load capacities.

Frames: two uprights are bolted together to form a frame. The frame is then supported with bracings, which are horizontal or diagonal supports. Frames will have different depths depending on the size of the pallet racking required.